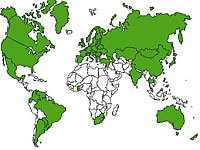 Youth for Understanding (YFU) began in 1951, originally established to bring teenagers from war-torn Germany to live in an American family and attend high school. These young people were to learn about life in the United States and then go back and rebuild a new, democratic country. The students selected were 15-18 years old, from the oldest age group that had not been part of the Nazi youth organization. It became apparent that it is this age group that is most able to participate in the life and values of a foreign family and community. In 1955, the first American teenagers went to Europe to spend the summer in European families, with the assistance of returned exchange students. In 1956 after the US State Department discontinued the funding it originally provided, YFU continued to work on a private basis along with the continued support of committed volunteers.

Over the years, YFU offered exchanges between more regions of the world. In 1958, the first Japanese students came to the US. In 1958, exchange with Latin America began. Gradually, autonomous national YFU organizations were founded to offer exchange programs with the US and amongst each other. In 1990, YFU was the first organization to establish long-term student exchanges with Central and Eastern European countries.

Today, YFU is one of the world’s oldest, largest and most respected international exchange programs. Since 1951, YFU has exchanged approximately 225,000 students. Now approximately 4,000 students participate in YFU programs, from over 50 countries, each year. More than 12,000 active volunteers currently make these programs possible.

Mr. Raj Kumar, an Indian national, currently residing in Frankfurt, Germany, with business interests in three continents, founded YFU India in November 2003. Mr. Kumar maintains strong ties to India. When he became aware of the power and efficacy of the world of International Youth Exchange, he resolved to offer this varied and stimulating opportunity to the youth and families of India. He set out to find an appropriate partner and after considerable research and discussion determined that Youth for Understanding, a well-established organization with a worldwide reach, shared not only his values but also his passionate commitment to cross-cultural awareness. Within a year of deciding that the time was right, Mr. Kumar realized his goal, and YFU India became a reality.